The Science Festival at UCLan this year ran over 3 days with 1000s of school children and members of the public visiting. This year I ran the Arduino Egg and Spoon race from last year, this received a lot of interest which seemed to be down to the buzz around Raspberry Pi and new awareness of the exiting possibilities of simplified embedded prototyping platforms. I also ran a demonstrations of multi-touch tables Iâ€™ve developed, this has been developed to be very robust (child-proofâ€¦) and will be deployed in schools later in the year. I also setup a stand exploring the experience of 3D gaming for child users which is part of some on going work weâ€™re doing with Sony Computer Entertainment Europe. A massive thanks goes to the all of the ChiCI group that put in a lot of work helping out! 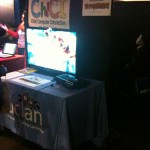 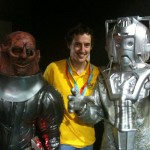